The recent publication of Pierre Daum’s book, Le Dernier Tabou. Les « harkis » restés en Algérie après l’indépendance (Actes Sud, Arles, 2015) has caused something of a stir in Algeria. Harki is a generic label for various categories of people who worked with the French army during the Algerian War. Looking at some of their individual experiences, it attempts to challenge accepted versions of history which claim that the majority of harkis, who did not leave for France at the end of the Algerian War, were abandoned to their fate by the departing French and subjected to summary justice and execution. It is based on a series of interviews with around sixty former harkis, living in various parts of Algeria today. Through this lens, it aims to show that many, after detention and questioning, for shorter or longer periods, were able to return to their home villages and resume their life, though not without suffering some ongoing discrimination as a result of their wartime activities. 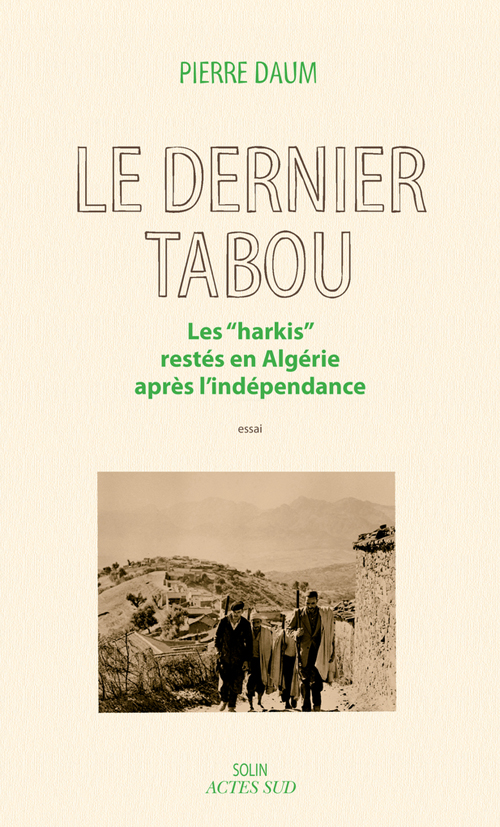 The reception of the book so far demonstrates that this question relating the harkis is still a controversial one. The time and the circumstances have not yet come when it can be treated with objective detachment. A clear example of this is the way in which Algerian Minister for Moudjahidine, Tayeb Zitouni, has disputed the facts and figures presented by Daum as foreign speculation. Not only has the fate of the harkis been grist to the mill of the diehard supporters of Algérie française, but also their very existence has been something of a taboo for the Algerian nationalist establishment.

For more on the controversy relating to Daum’s new book, see his article, ‘Enquête sur ces harkis restés en Algérie’, in Le Monde diplomatique April 2015. See also articles in El Watan, 27 March 2015 ; Liberté, 6 April 2015. Pierre Daum is a French journalist based in Montpellier with an interest in French colonial history. He has previously published on Indochinese workers in France and on pieds noirs who remained in Algeria after independence. He currently writes for Le Monde diplomatique.