On Wednesday 18 February 2015, the Francophone Africa cluster at the University of Portsmouth held a study day exploring the theme of “Crossing boundaries in the study of France and Africa”. This half day event, which included papers from scholars based at the University of Portsmouth and institutions in the UK, France and Germany, was aimed especially at second year students in the Faculty of Humanities and Social Sciences registered on the “Guns, glory hunters and greed: European colonisation in Africa” unit, but was also attended by other students and staff from across the Faculty. 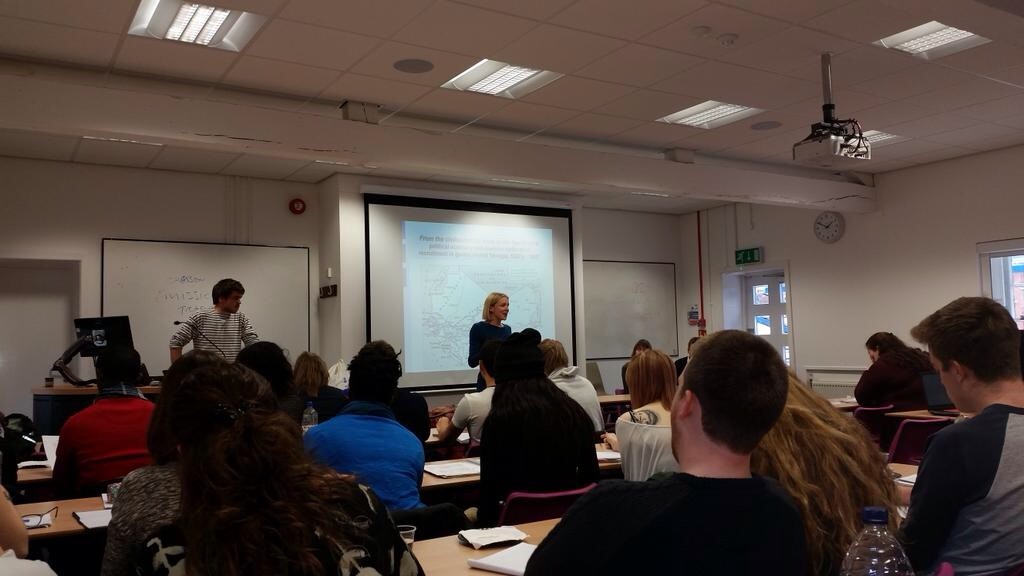 Joanna Warson (Portsmouth) opened the event with a brief introduction to the themes and aims of the event, emphasising especially the importance of adopting a broad perspective when studying relations between France and Africa. The first panel, chaired by Fabienne Chamelot (Portsmouth), focused on the theme of labour and detention. In the first paper, entitled ‘From the civilisation by work to the law of work: political economy and coercive methods of recruitment in (post)colonial Senegal, 1920s – 1960s’, Romain Tiquet (Humboldt) explored the use of forced labour in Senegal. Romain emphasised the importance of the practice for the maintenance of French rule in the region, as well as the ways in which its use was adapted over time. A key argument in Romain’s paper was the continuities, particularly in terms of the rhetoric surrounding forced labour, across perceived chronological divides – such as the 1946 Houphouet-Boigny law abolishing forced labour and Senegalese independence of 1960. The question of continuities between the colonial and post-colonial periods also featured in Ed Naylor’s (Portsmouth) paper on ‘“La salle des Africains”: Immigrant detention in Marseille during the 1960s and 1970s’. Ed addressed how colonial ideas and practices, such as notions of second class citizenship, the by-passing of legal procedures, and the gap between law and practice, were reproduced at ARENC, an immigrant detention centre, which opened in Marseille in the early 1960s to deal with the growing number of immigrants in France, particularly from the former French colony of Algeria. Ed also explored how ARENC provided a precedent and legal framework for France’s approach to immigrant detention, demonstrating how ideas from the colonial period traversed not only the divide between the pre- and post-independence eras but also continue to have legacies for the present day. 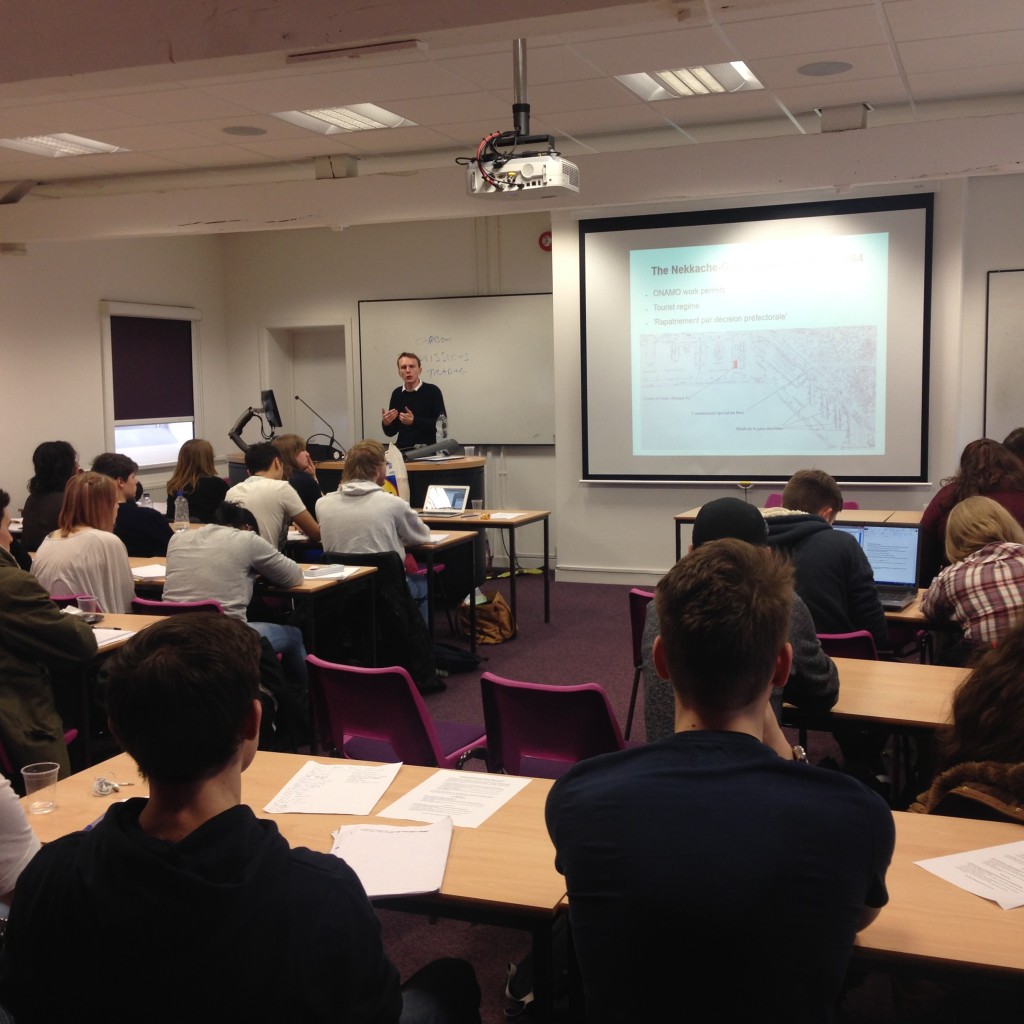 After a short break for tea and homemade cake, the second panel, chaired by Kelsey Suggitt, continued to probe the conference theme, with an exploration of different challenges to geographical and chronological divides in the study of France and Africa. Andrew W M Smith (UCL) opened the panel, with a paper entitled ‘African Dawn: Keïta Fodéba and the imagining of national culture in Guinea’. In this paper, Andrew presented the life and work of this Guinean musician, exploring the transnational development, reception and impact of Fodéba’s writings and music, as well as his role as a representative of the post-independence Guinean government. Through the lens of Fodéba, Andrew demonstrated the important part played by cultural elites in the defining and negotiating of national identity in the era of decolonisation. Roel van der Velde (Portsmouth) moved the geographical focus away from Francophone Africa, with his paper on ‘Crossing borders: French arms trade and South African military strategy, 1955-1970’. Through his exploration of the nature of, and motivations underpinning, Franco-South African military relations, Roel demonstrated the importance of breaking free from a uniquely Francophone focus when exploring France’s presence on the African continent. The panel concluded with a paper on ‘The Franc zone: a successful monetary decolonisation?’ from Vincent Duchaussoy (Rouen/ Glasgow). Vincent began by providing a brief explanation of the Franc Zone, before exploring how and why the system has been maintained after 1960. In particular, Vincent emphasised the importance of the Franc Zone as a source of financial stability in times of uncertainty, as well as the Africanisation of the system. 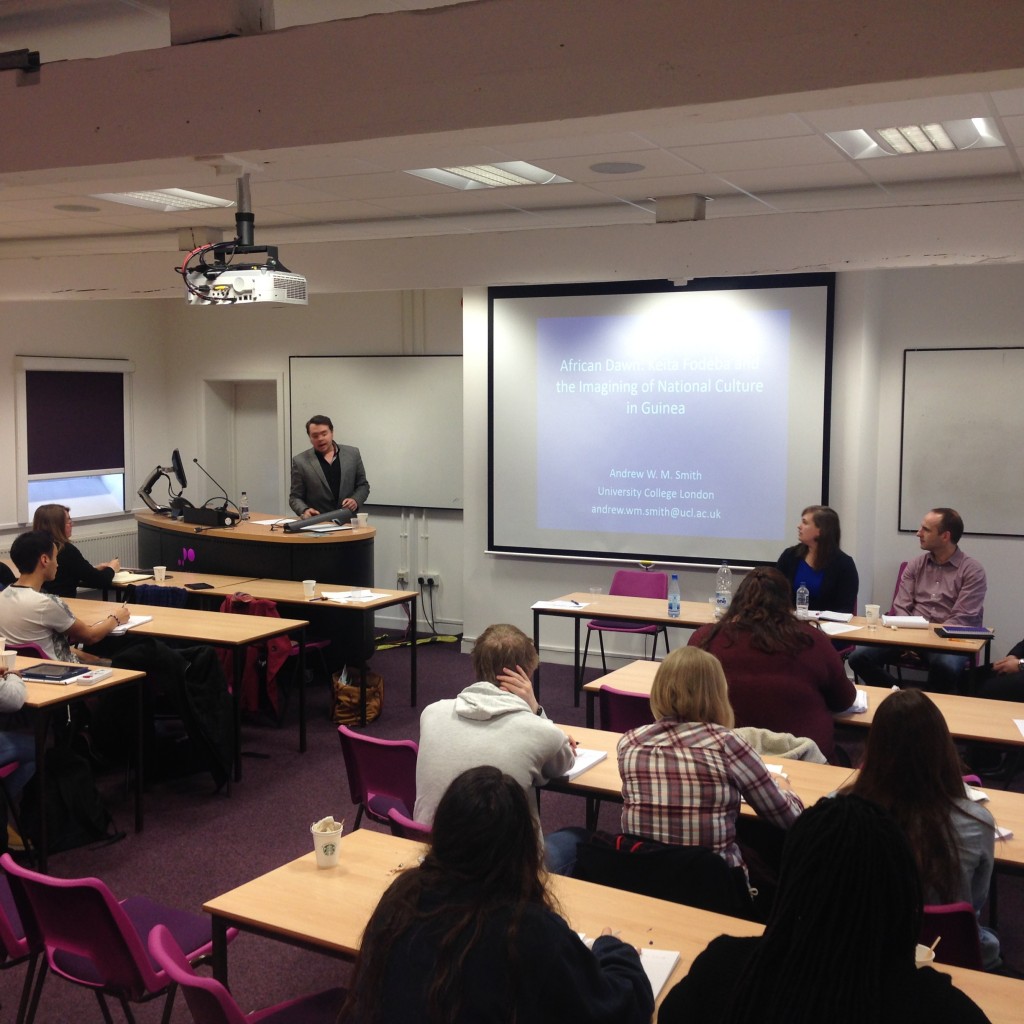 We would like to thank everyone who participated in this study half day for their excellent papers and interventions, which brought to light the multiple possibilities available to scholars of France and Africa by crossing boundaries. We would also like to thank the Centre of European and International Studies Research and the School of Languages and Area Studies for generously supporting this event.