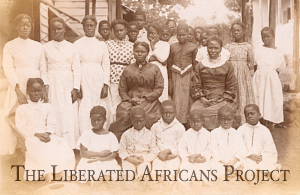 Between 1808 and 1868, officers, primarily from the British navy, captured hundreds of slave ships and brought them into this network of mixed commissions. During the six decades known as the ‘illegal slave trade era’, these international courts liberated upwards of 200,000 people. However, this united effort had a limited impact on the overall suppression of the trans-Atlantic slave trade because an estimated 2.6 million people still crossed the Atlantic in this period with the majority landing in Brazil (1.8 million), followed by Cuba (685,000). According to the treaties, the mixed commissions could condemn a slave ship for re-sale, but the courts could not exact penalties on the owners, captains, and crew, who in many cases returned to the lucrative business on the same ship. Although Great Britain emancipated slaves in their colonies in 1834, most other nations did not abolish slavery in the Americas until much later: this included France and Denmark in 1848, the Netherlands in 1863, the United States in 1865, Cuba in 1886, and Brazil in 1888.

These courts produced extensive documentation about tens of thousands of people victimized by the trans-Atlantic slave trade. These records are scattered in many archives and are written in multiple languages. Each case adjudicated before these courts usually contains information about the condition of enslavement along the coast of West Africa, the events leading up to the seizure of the slave ship, and the judicial process resulting in emancipation. The courts at Sierra Leone (1808-48), Rio de Janeiro (1821-56), Havana (1824-41), and St. Helena (1859-62) produced Registers of Liberated Africans, which were lists of people removed from slave ships. Since 1977, historians have been amassing these data into the ‘African Names Database’, which contains biographical information, along with port and date of embarkation, for over 100,000 so-called ‘Liberated Africans’ after 1808. These records are important for the study of the Atlantic World as well as for an understanding of the demography of the trans-Atlantic slave trade and the impact of abolition.

The need for collaborative research related to the global diaspora of Africans and their descendants is challenging because the documentation is extensive, multilingual and scattered around the world in hundreds of archives, libraries, churches, courthouses, government offices, museums, ports and personal collections. The overall aim of this project is to bring together as much data as possible regarding the transnational links between these international courts and piece together the lives of over 200,000 Liberated Africans from the worldwide collection of sources to open them up for further research and discussion.