In the first podcast from the workshop ‘Narrating Migrations’ held at the University of Portsmouth on 15 March 2017, Emmanuel Godin introduces the event. Writer Miriam Halahmy then discusses her novel Hidden (2011), aimed at a teenage audience, and how she was drawn to address questions of migration and asylum through her work. She also describes her experiences speaking to children in UK schools. Listen to the podcast here: 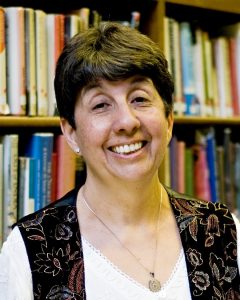 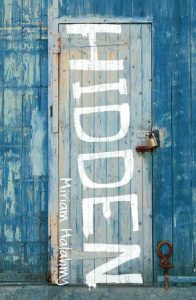 Miriam Halahmy is an author and a poet. She has published five novels and three collections of poetry, as well as articles and countless blogposts. Miriam was a teacher for 25 years in London and has always worked with asylum seekers. She has run workshops for asylum seekers at The Medical Foundation for the Victims of Torture and for English PEN, helping this client group write down their stories as part of their journey to a new life. Miriam has also run workshops on peace and tolerance in a Paris lycée. Her song, Seven Billion Candles (for peace) emerged from this work and was performed by 95 school choirs recently across Lancashire.

Miriam’s novel HIDDEN (2011) was longlisted for the Carnegie medal and was a Sunday Times Children’s Book of the Week: “A book to counter bigotry”. HIDDEN is about two teens who pull an asylum seeker out of the sea and hide him to save him from being deported. In the past two years there has been a huge surge of interest in the book as a result of the worldwide refugee crisis. HIDDEN has been published in America (Holiday House, 2016, Scholastic Bookclub, 2017) as well as other territories. This year HIDDEN has been adapted for the stage and will tour schools, small theatres and community centres from spring 2018 in order to challenge perceived views of asylum seekers and refugees in our society today.

Find out about  Miriam’s latest book, BEHIND CLOSED DOORS, published by Holiday House (March 2017) on www.miriamhalahmy.com.