In the second podcast from the workshop ‘Narrating Migrations’, held at the University of Portsmouth on 15 March 2017, documentary-filmmaker Jakob Preuss talks about his experiences filming When Paul Came Over the Sea (2017). The film charts the growth of an unusual but very real friendship in the context of the ongoing migration crisis in the Mediterranean. 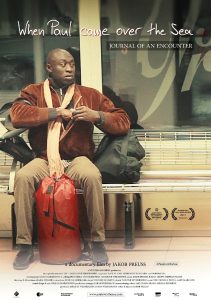 The film shows Paul, who has made his way from his home in Cameroon across the Sahara to the Moroccan coast where he now lives in a forest waiting for the right moment to cross the Mediterranean. This is where he meets Jakob, a filmmaker from Berlin, who is filming along Europe’s borders. Soon afterwards, Paul manages to cross over to Spain on a rubber boat. He survives – but half of his companions die on this tragic 50 hour odyssey. Held for two months in a deportation centre, upon his release Paul meets Jakob again at a shelter for migrants in Southern Spain. When Paul decides to continue on to Germany, Jakob has to make a choice: will he become an active part of Paul’s pursuit of a better life or remain a detached documentary filmmaker? 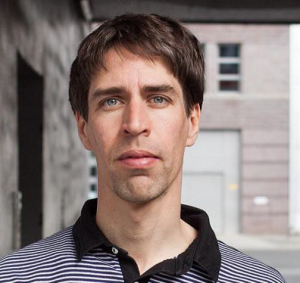 Jakob Preuss is a documentary filmmaker based in Berlin and Tunis. WHEN PAUL CAME OVER SEA (2017), his latest film, had its international premiere at the Rotterdam film festival in January and last month won the Kiev Docu-Days festival Rights award. He has shot films in Iran, Bosnia, and Ukraine, and his work has been broadcast in more than ten countries and screened at numerous festivals. His previous film THE OTHER CHELSEA (2010) won the Max Ophüls Festival prize and the Grimme-Award in Germany. In addition to his activities as a filmmaker Jakob is also engaged in political work. He coordinated the writing of the electoral manifesto of Bündnis 90/ The Greens for the 2014 European Elections and has worked as an adviser on European Affairs for the Greens’ parliamentary group at the German Bundestag. In the past he has also worked as desk-officer for the Commonwealth of Independent States at the NGO “Reporters without Borders” and participated in numerous Election Observation Missions in the former Soviet Union and the Democratic Republic of Congo. In 2014 Jakob co-founded the initiative GehtAuchAnders (www.geht-auch-anders.de), which encourages artists to engage with political issues and take a public stance. Since 2014, he has been regularly invited to speak as a migration expert – as a direct result of the four years of research he conducted for his movie about Paul. 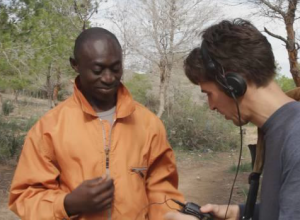 In his talk at the University of Portsmouth, Jakob discussed his experiences researching and shooting in the migrant camps of northern Morocco, with border patrols in the Mediterranean and in mainland Europe, and the relationship he established with Paul whose journey from his home in Cameroon to Europe forms the core of the film. He also discusses the ethics of filming in such circumstances, and the complex dynamics involved in the relationship between documentary filmmaker and protagonist. Click above to play the podcast.

For more information see www.facebook.com/pauloverthesea, and #pauloverthesea on Twitter.  For the trailers to this and other movies by Weydemann Bros., check out https://vimeo.com/weydemannbros.