Sunday 19th April brought the highest loss of life yet seen in the ongoing Mediterranean refugee crisis as an estimated 800 people drowned when the boat they were on capsized 60 miles off the Libyan coast. Prior to this latest disaster Ed Naylor spoke to documentary-maker Jakob Preuss about his recent experiences filming with migrants seeking to cross into Europe. In the final part of our three part series (see here for the first and second parts), Ed and Jakob discuss some of Jakob’s experiences filming on the northern side of the Mediterranean and how making ‘Europe’s Borderlands’ has shaped his view of the current migrant crisis.

Have you managed to re-establish contact with any protagonists you first met on the southern shore and who successfully crossed into Europe?

Yes, in fact this is the main narrative line of the film. Crudely speaking, it’s “Paul against the system”. We met Paul in Morocco, and now he is already in Bilbao where I shot last month. He wants to go to Germany so I may well meet him again where the film began– in my native city, Berlin. I also re-established contact with the original protagonist who crossed the fence at Melilla -he made it to Spain and is currently in Barcelona.

What have been your experiences filming on the northern side of the Mediterranean? How easy has it been to gain access to detention centres?

I’ve had very mixed experiences. The Greek authorities, for example, do everything to deter you from documenting the situation. They are very reluctant, knowing that they are – correctly – accused of illegal ‘refoulement’ (expulsion of persons who have the right to be recognised as refugees) at borders, and being responsible for intolerable conditions in refugee centres of first reception and continued poor treatment thereafter. It remains to be seen whether the situation will change under the new government. By contrast, the Spanish authorities are very open because they want to publicize the problem and ensure it’s seen as a collective European issue. But this openness can change if you ask too many detailed questions. That said, shooting with the Spanish Guardia Civil was rather easy and sometimes almost pleasant. They often had this rather Andalusian attitude of “Live and let live”, and seemed to understand the concerns of the migrants. Poverty has long been a reason for migration away from Southern Spain – but as always it depends on the individual: I also saw Spanish Guardia Civil kicking elderly Moroccan men like dogs at the border of Melilla or beating black African migrants on the fence with apparent satisfaction. The worst experiences I had personally was with the Spanish police in charge of migrant detention centres -under Spanish law migrants can be detained for up to 60 days while the police check whether they can be deported. Paul, the main protagonist in my film, had been adrift at sea for 36 hours before being rescued and saw half of his fellow passengers die during the crossing. The police placed the survivors into immediate detention (in handcuffs!), prevented him from receiving any visits and made it extremely difficult for him to have communication with the outside world. 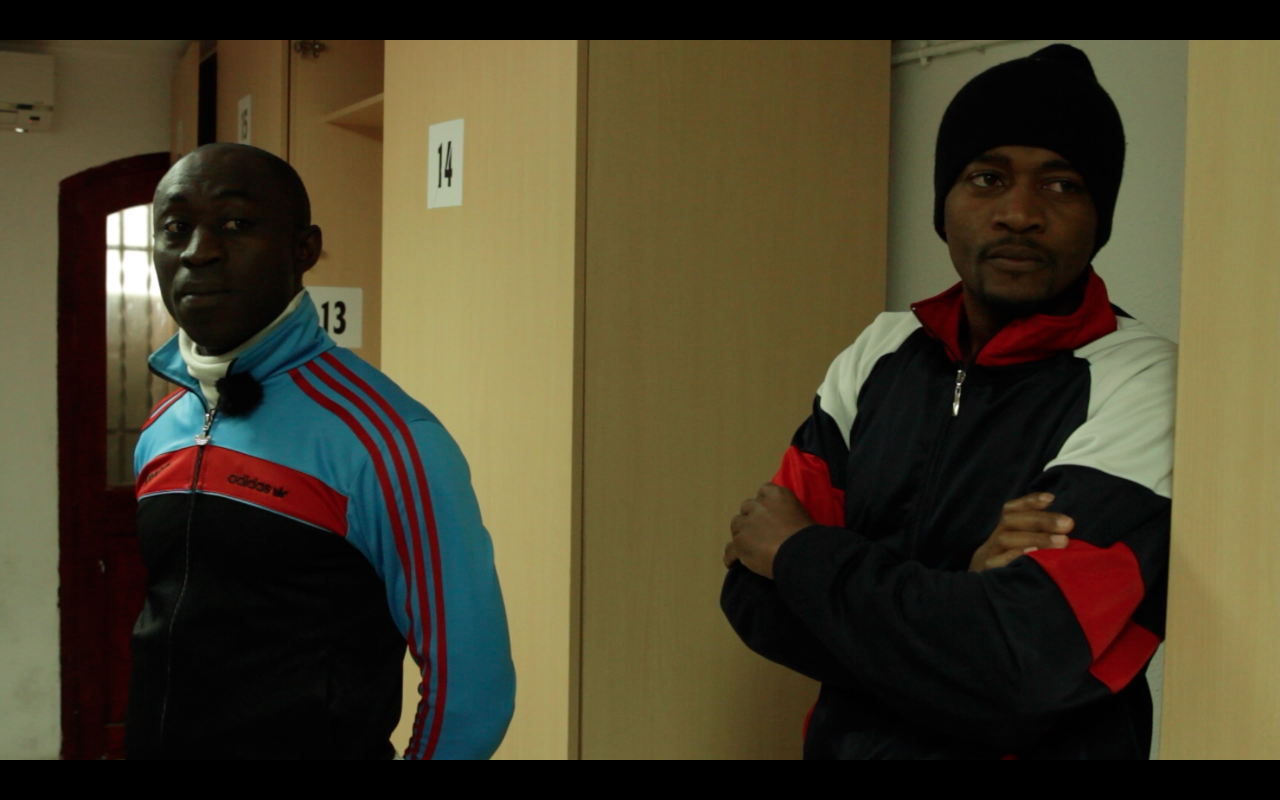 From your previous work it’s clear that as a film-maker you try to avoid didacticism. Nonetheless, I imagine you have some expectations about the audience for this film and the impact it might have? I’m thinking in particular about the citizens of EU member states, because it seems to me that people are not necessarily ill-informed about this question -or at least, that being ill-informed is not the main issue. I thought that the spectacularly callous announcement by the British government in October 2014, that the UK would cease funding search and rescue operations in the Mediterranean on the grounds that this created ‘moral hazard’, was interesting because it laid bare a fundamental contradiction in European thinking. It seems that, faced with this ongoing humanitarian crisis, European society is undoubtedly disturbed, but the one thing it won’t do is let people into Europe. So politically, under the banner of an emergency response to a migration crisis, two quite contradictory policies are pursued: trying to stop people dying and trying to keep them out. Would you agree with that analysis? How, if at all, have your experiences making this film altered your perception of the ‘migration’ question?

This is indeed the fundamental contradiction: on the one hand, the EU does everything to keep people out of Europe but once they are in distress in the Mediterranean they are rescued. In fact, Italy is so far the only member state to launch a clear policy in favour of rescue with its “Mare Nostrum” operation. Previously they towed migrant boats back to Tripoli, so it was actually quite spectacular that the Italian government decided, following the 2013 Lampedusa disaster and the visit of the Pope, to completely change its stance. Frontex (the European frontier agency) is not very happy about it but doesn’t know how to act. They cannot refuse to organise a joint operation with Italy if asked, and once Operation Triton began they were obliged to follow the commands of the Italian search and rescue authorities who instruct them to go to rescue boats that are outside their zones near to the Libyan coast. Britain is, as so often, more cynical but also somehow more realistic. The on-going operations are a clear pull factor and it is a perverse situation. It would definitely be far better to accept much higher contingents of Syrian war refugees from countries like Lebanon, Turkey or Iraq than to rescue them only once they are in distress at sea.

When it comes to war refugees (especially from Syria, Somalia and Sudan) the issue is morally quite clear: in my eyes it is one of the biggest failures of European politics since the Second World War and a shameful record. When it comes to migrants looking for work – as most of the people portrayed in my film would describe themselves – it is much more tricky. They themselves told me that they find it normal to defend a country against an “invasion” from outside, and they find the existence of strict border controls equally normal but, of course, they will still do their best to get in. But since it is not possible to distinguish between types of migrant before a person enters the EU, you have to either guarantee legal and safe means of entry or else cooperate with third countries not just on surveillance, repression and expulsion but also in a constructive and humanitarian way. It is incomprehensible to me that the European Union pays Morocco millions of euros to defend the coast and the fence of the Melilla, but there is virtually nothing provided for outreach work with the African migrants living in tents in the forest. Many of those migrants are well-educated with sought-after skills, but beyond individual cases it’s clear there needs to be a wider dialogue to end the insanity of people who are seeking a better life, risking everything in desperate attempts to cross into Europe.