Language, Culture and Colonization: the third JIAS conference on the legacies of colonialism and imperialism. 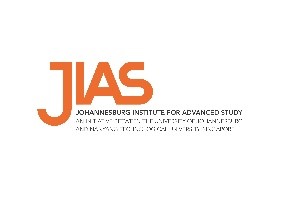 Colonialism and Imperialism imposed alien cultures and languages on their subject peoples with the consequence that the legacy in each society, or nation, to varying degrees, was a process of ‘Creolization’ giving rise to cultures and languages with mixed origins. Contemporary decolonisation movements confront this tendency by calling for the reassertion of indigenous practices and languages. The aim of this third JIAS conference on colonialism and imperialism is to explore the effects of ‘creolization’ and to investigate the respects in which they have been both negative and positive, particularly in the areas of language and culture.  Two of the most influential theorists and activists in the national liberation movements of the 1960s and ’70s, for example, took opposing view on the use of the colonizer’s language. For Frantz Fanon, an endemic aspect of the destructive process of colonisation was the acquisition of the coloniser’s language. He contends: ‘A man who has a language consequently possesses the world expressed and implied by that language’. Cabral, on the other hand views language in purely instrumental terms. Portuguese, for him, was not a threat to the culture of Guinea Bissau and Cape Verde, ‘because language isn’t evidence of anything, but an instrument for men to relate with one another, a means for speaking, to express realities of life and of the world.’ Cabral argues that ‘we of the Party, if we want to lead our people forward for a long time to come – to write, to advance in science – our language has to be Portuguese’.

The organisers welcome expressions of interest with abstracts of proposed papers exploring issues of culture and language in relation to decolonization. Deadline 22th April, 2019.

Please send them to: