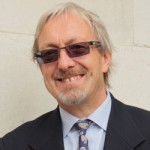 In recent months France has faced growing hostility to its military presence in the western Sahel. There have been demonstrations, most recently in Bamako on 10 January, when the French flag was burned in the city’s main square and demonstrators called for the French forces and all foreign forces on Malian soil to leave. In response, President Macron called the presidents of the G5 Sahel countries (Mauritania, Mali, Burkina Faso, Niger and Chad) to a meeting in Pau this Monday 13 January, at which he hoped they would disavow such anti-French demonstrations. He even hinted that, if they did not, he could withdraw the 4,500 soldiers of France’s Operation Barkhane. No one expected him to follow through on this threat.

In the event, Macron and the presidents of the G5 Sahel countries recommitted themselves to the counter-terrorism efforts in the western Sahel and agreed to form a military coalition under joint command to focus their counter-insurgency efforts. However, President Macron knows that France is losing the battle against violent extremism in the region and at the NATO summit in November last year appealed to other countries to step up and support French efforts. This appeal has fallen on deaf ears. The US is contemplating reducing its military presence and EU partners do not necessarily share France’s analysis that insecurity in the Sahel represents a threat to European security. The impasse led one French specialist on the Sahel, Marc-Antoine Pérouse de Montclos, to suggest recently that the only way to unblock the situation was for France to announce a timetable for withdrawal of French troops.