English, C. (2017). The Book Smugglers of Timbuktu – The Quest for this Storied City and the Race to Save its Treasures. London: William Collins

In August 2011 Tuareg fighters returned to Mali from the Libyan conflict, bringing with them weapons and military experience and the prospect of renewed violence in the country. By 2012, with the help of foreign and local militants, Tuareg separatists successfully seized most of Azawad, including the ancient city of Timbuktu. While the Malian government sought to regain control of the region, scholars in Timbuktu turned their thoughts to the thousands of historical archives held in the city and the risk that this insurrection posed to the security of these documents.

Charlie English, a British journalist for The Guardian and member of the Royal Geographical Society with a long-standing fascination with Africa recounts the tale of how these archives were smuggled out of Timbuktu under the noses of the separatists and Islamists that had seized control of the region. Not only does English tell the story of how these archives were moved following the destruction of many of the city’s sacred monuments, but also interweaves his narrative with the stories of nineteenth-century European colonial explorers. His descriptions of the history of these explorers and their fascination with Timbuktu provide a rich tapestry for the contemporary narrative of rescuing the city’s most precious artefacts.

The two stories are essentially kept separate, not just by containing them in different chapters, but also thematically. One side is about local curation and foreign helplessness, and especially the complex cultural, political and religious relations between different twentieth century Saharan communities. The other eschews the local narrative, either due to insufficient primary material in European languages or because of the prevalent Eurocentric trend to trace the stories of Europe’s early relations with the Sahara through trade and exploration. By using this unusual approach to recount Timbuktu’s history, English provides his reader with two perspectives. The first, a view of the Saharan city from the periphery, of Europeans looking in at the Sahara and searching for ways to unravel the mysteries of the region for their own personal gain. The second is an on the ground account of those operating within the Sahara from the viewpoint of Malian curators seeking to draw on any help or resources that they can find, from local couriers to foreign governments.

English strips back the myth of Timbuktu and paints the picture of an ancient city, rich in history but very much a modern-day Malian town, central to trade between the southern regions of the country and the Saharan trade routes to the north. His narration peels back the layers of myth, not just the European constructs about the city, but also the legends surrounding Timbuktu’s history and the translations and mistranslations of texts depicting its past and that of its rulers. However, in unravelling these myths, English also tends to, perhaps intentionally, perpetuate the mystique which continues to surround Timbuktu.

This story is captivating not just because of the priceless value of the Timbuktu archives, but because of the tales of the individuals involved, and their, at times, implausible journeys in the name of seeking out Timbuktu and also preserving its history. Of these individuals, he speaks not just about nineteenth century European explorers, but also of the modern-day bravery through their interactions with the rebels and their subversion of the destruction of ancient papers during the city’s occupation in 2012.

These stories focus heavily on the intricate detail of smuggling the archives out of the city and across thousands of miles. English also describes the variety of obstacles that the smugglers faced, from gaining international support and funding, to the mechanical and logistical issues of moving thousands of delicate papers across the country. The couriers themselves were often found in precarious situations, having to bribe false officials at check points and even being taken hostage by opportunists. These narratives are based on hundreds of hours of meticulous oral history research and analysis of supporting material.

Towards the end of his book, in bringing his story up to the near-present day, English unveils one final twist in his story of the book smugglers. The story itself had become convoluted and the truths of the quantity of those manuscripts rescued and stored in Bamako was disputed and even labelled as fraudulent by certain academics. In revealing the inconsistencies in the smugglers’ story that he had narrated, English draws together the threads of the history of the exploration of Timbuktu with the modern-day narrative of rescuing manuscripts from the city. The convolution of the smugglers’ story continues to propagate the myths that surround Timbuktu and the construction of its history. Its written history is built upon layers of complexities which are not so easily untangled, no more so than untangling the true number and value of Timbuktien manuscripts that remain today. 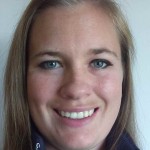 Dr Kelsey Suggitt is a former PhD researcher in the School of Area Studies, History, Politics and Literature (SASHPL). Her thesis is entitled ‘Impossible Endings? Reimagining the end of the French empire in the Sahara, 1951-1962’